Having decided to support the Irish Womens’ Rugby Team throughout their World Cup campaign, Coolbaby.ie was delighted with their famous win on Tuesday in France. As a follow up to our pre-tournament blog from last week, we bring you some interesting post match reaction from both sides of the equator.

Joe Schmidt (Irish Mens Coach) who was present at the game, commenting on the following passage of play – Having missed an earlier penalty, Briggs went to the touchline on 12 minutes and from the ensuing wave of attacks Ireland were denied a pushover try when Rawinia Everitt dived on the ball illegally. It should have been a penalty try and a sin bin.

“That was the winning of the game, that’s when they realised they could win.”

Tommy Bowe What a win for the Irish ladies. Awesome performance and result!!

Lynne Cantwell (Irish Womens Rugby Team Centre) “The haka, we didn’t put too much emphasis on it. We just lined up and respected it but you could feel everyone getting closer and closer towards the end so we all came together in our circle afterwards and a collective, spontaneous burst of – not laughter – but ‘Oh my God this is happening.’ Then we put our hands in and said ‘Let’s go f**king mental!’ That was our team speech.”

Fiona Coghlan (Irish Womens Rugby Team Captain) “They’re the top of the world and that’s where we said we wanted to be. We’re not there yet – this is only step two of the process but we’re on the right track.”

The reaction from Down Under

@All Blacks (NZ official Twitter) Congratulations to the Irish Women, who have done what their men have never been able to do, defeat NZ in a Test match. #WRWC2014

New Zealand coach Brian Evans. “I was surprised that Ireland maintained their level of performance for the entire 80 minutes. Performance wise they are a good team. They work very hard and do what they need to do really, really well. You can only stand back and applaud them. We are gutted with our own performance but that’s for us to talk about.”

Headline on NZHerald.co.nz. “New Zealand stunned by Ireland at the World Cup”. “Ireland’s big pack ripped into their work and scarcely let up for 80 minutes. It was a tribute to their organisation and set-piece ability, where they shunted the Black Ferns off the ball once and should have been awarded a penalty try on another”.

Assistant New Zealand coach Grant Hansen “This will test the resilience and character of the girls, because they don’t lose a lot.” 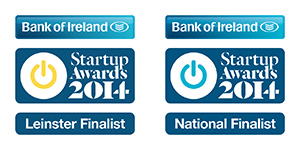